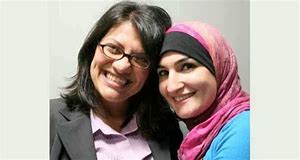 Dear Ms. Garcia,
I’m a longtime reader of Elle Magazine as well as a retailer who has been selling Elle in my chain of pharmacies for many years.
I am reaching out to share my disappointment & concern with Aimee Allison’s article “20 Women of Color in Politics to Watch in 2020.”
The decision of Ms. Allison to include both Rep. Rashida Tlaib and Linda Sarsour in the article is shocking given their vocal anti-Semitic positions. The article puts these women on a pedestal to exemplify them as role models when in fact their moral compass is reproachable.
With the significant increase in anti-Semitic incidents in America including the murder of a Jewish woman, a mother of 3, in a shooting last week in New Jersey, an attack on a Jewish woman in the New York Subway this week and death threats to an 89 year old Holocaust survivor in Italy, Elle should be concerned about personal bias of its authors & empowering anti- Semitic endorsers.
Ms. Allison praises Rep. Tlaib for “courage & integrity to speak the truth.” However, Rep. Tlaib is the same woman who refers to the Holocaust using the words that it had “calming effect” in the face of the murder of six million Jews. Rep Tlaib has posted an anti- Semitic cartoon and frequents with known Holocaust deniers.
Linda Sarsour is praised by Ms. Allison for “her radical love for her community,” but associates with the terrorist group Hamas and spews hatred about Jews. Ms. Sarsour is highlighted in the article for her work in The Women’s March but was in fact fired from the organization for her anti-Semitic views, which Ms. Allison simply ignores.
Ms. Sarsour also holds that Zionist women cannot be true feminists.
Ms. Sarsour holds “Ask them this, how can you be against white supremacy in America and the idea of being in a state based on race and class, but then you support a state like Israel that is based on supremacy, that is built on the idea that Jews are supreme to everyone else,” and that support for Israel as a state is unacceptable in the progressive movement.”
At a time when anti Semitic activity is at an all time high, statements like these do nothing but ignite the flame that encourages hatred. Ms. Sarsour spewing hate gives rise and empowers antisemitic action.
Elle magazine, by giving prominence to both women, legitimized their hate speech and, via proxy, promotes antisemitic action
By sharing falsehoods your publication takes a role in increasing the spread of anti-Semitism & puts women that you seek to empower at risk.
Please help me understand with your blatant disregard for true journalism, why we should continue to support your magazine?
Regina Raphael
Beverly Hills, California

View all posts by ginaraphael